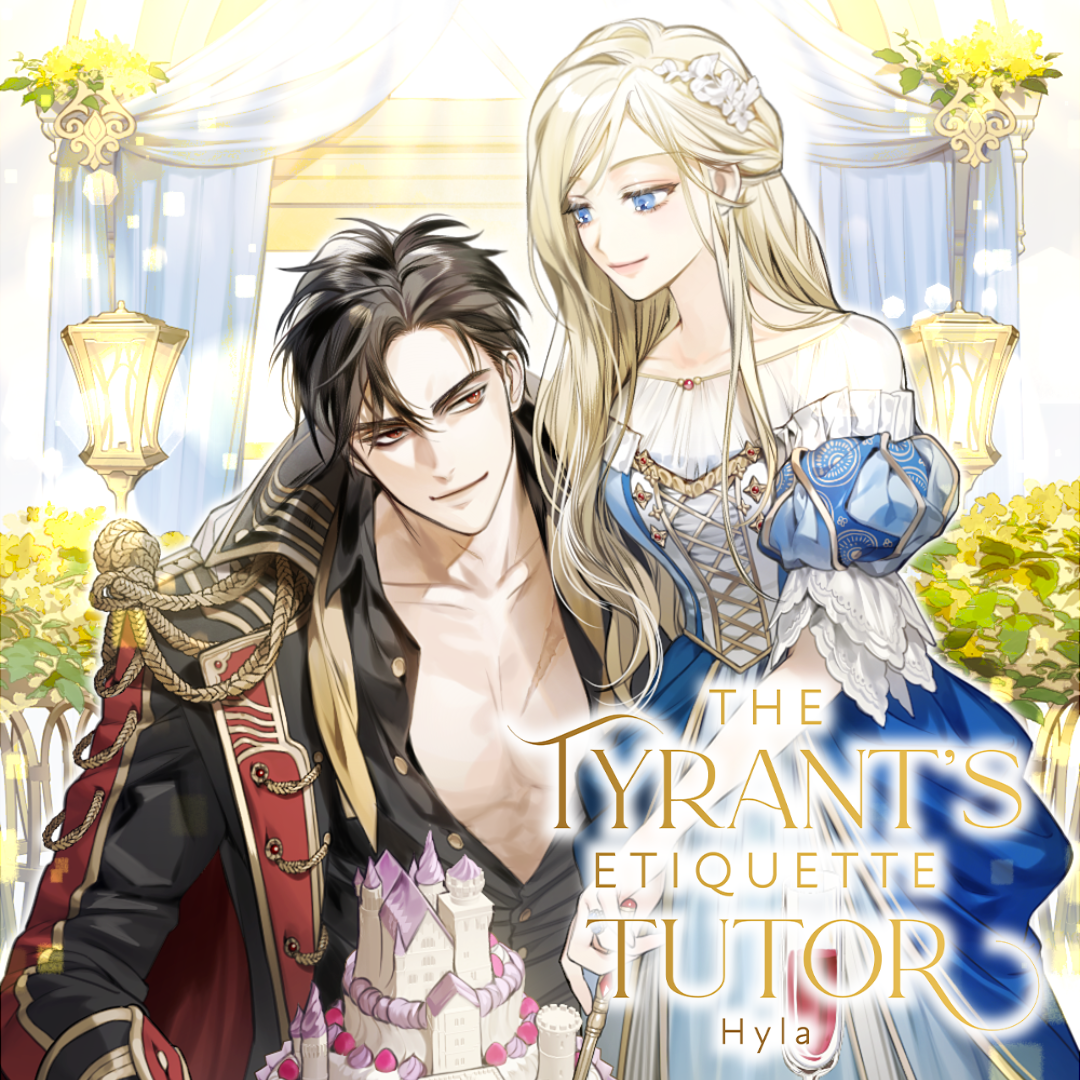 “Ha.” Livia sighed deeply, gazing at her reflection. The young woman in the mirror, who had stunning blond hair and brilliant cobalt-blue eyes, sighed as well.

A week had passed since Livia had first seen this reflection, but she still wasn’t accustomed to it: Livia Blanche, the sole daughter of Duke Blanche. Her beauty was unparalleled, earning her the admiration of the Luwens empire’s aristocrats.

What’s the point of that if I’m going to die soon?

“Ha.” Her next sigh fogged the mirror in front of her.

Her maid, Georgette, spoke cautiously. “My lady? … My lady?”

“His Royal Highness is waiting for you.”

“He may get angry if you make him wait any longer.”

Livia let out a final deep sigh. In the mirror, she saw her maid shuffling anxiously behind her. She shut her eyes tightly to avoid looking at the unfamiliar reflection any longer. It’s just like Georgette says. That madman will be furious if I continue to make him wait.

She meandered down the long corridor, arms swinging listlessly, an animal headed for slaughter. Should I make a run for it while I still can? She shooed the idea away. Where would she even go? She’d only acquired her host’s memories, upon awakening in this body, a week ago. She hadn’t a clue how to escape this vast labyrinth of a mansion.

Besides, she hadn’t landed in some fairy tale. This wasn’t the type of place where a powerless woman could live alone. Even with money, if she ventured outside without a guard, she’d encounter robbers—an even worse fate.

In the week since she’d become Livia, she’d tried to piece together the fragments of the novel floating through her memory and connect them to her current circumstances. Unfortunately, by the time she realized that she was to be the unimportant first victim of that tyrant, he’d already arrived in the Blanche dukedom.

Who cares if I can change my destiny? I’m still frightened when I open my eyes in the morning and see an unfamiliar ceiling.

In the end, she’d resigned herself to her fate.

She made her way down the hallway. She may as well catch a glimpse of Croft, the novel’s great protagonist.

Behind her, Georgette quietly observed her mistress. She was puzzled at seeing the young woman, usually so dignified and elegant, shamble in such a manner. She felt sympathy for Livia, who she intuited was nervous at facing a man rumored to resort to murder over the smallest trifles.

And so the two women walked down the corridor, one feeling sympathy and the other feeling utter despair.

When they arrived at their destination, Livia knocked before Georgette opened the door.

Livia drew a deep breath. Croft sat on a sofa. He was indeed handsome. His pitch-black hair and scarlet pupils, often described as ominous, were the perfect blend of ravishing and aggressive, which only added to his charm.

Astounded at his appearance, she let her breath out slowly. What’s the use of this good-looking exterior? In the novel, Croft had been an unprecedented madman, terrifying no matter his appearance.

Beloved by the Tyrant—that was the name of the novel she’d been reborn into. The main character, Croft, was an unfortunate prince who, at just seven years old, had been banished to the Eastern Frontier by his own father, the emperor. The Eastern Frontier was a lawless region teeming with settlers, criminals, and demons.

Croft endured seventeen years in that hellish place—nay, more than endured. He thrived. He grew up to become the most powerful (mad)man there. When he was only twenty years old, he formed a troop of soldiers and bent the East to his will. And in the end, the emperor who had sent his son to perish died first.

When the throne became vacant, Livia’s father, Duke Blanche, brought Croft back to the capital in order to enthrone the firstborn prince. In doing so, he wanted to expand his own power by making his daughter the empress. As soon as Croft became emperor, however, he lost all morality. His first act was to exterminate the House of Blanche in its entirety. Then the mad tyrant soaked the empire in blood to be with Lilian, the novel’s heroine. Countless perished because these star-crossed lovers started off on the wrong foot.

And unfortunately, Livia had been the first to die.

Livia barely held back a final sigh as she bowed, evading Croft’s piercing scarlet gaze. Even in her tension, her body remembered the elegant manners instilled in her for nearly twenty years.

“Greetings, Your Royal Highness. I am Livia Blanche.” Even as her golden locks became dislodged, she remained remarkably elegant, her back perfectly straight throughout her curtsy.

Croft merely clucked his tongue. Duke Blanche may have saved his life and given him the opportunity to return to the Imperial Palace, but the man nagged far too much. He went on and on about the need for etiquette, and now he’d sent this frail woman to be his tutor.

He stretched his long legs and propped his feet on the table, tilted his head, and scowled at Livia. “So you’re the one the duke had in mind when he mentioned an etiquette instructor.”

“Yes, Your Highness. I shall do my utmost to serve you.”

“I said teach me if you can.” He glared at Livia with a dangerous glint in his eyes, as if he would cut off her head if she dared speak another word. His mouth and eyes told entirely different stories.

Croft was secretly surprised at Livia’s smile. He’d expected her to run away crying. She was tougher than he’d thought. Well, it wouldn’t do to continue being so hostile. She was Duke Blanche’s daughter, and he needed the duke if he was going to become emperor. He couldn’t just tell this girl to get lost.

But he could ignore her.

He turned his head away as if she didn’t exist.

Livia stood before him, shocked. He’d asked her to teach him but then outright ignored her? She wanted to leave but couldn’t without his permission, nor could she force him to reply.

She stood there for a long time, vainly trying to read his thoughts, all the while growing angrier by the second. Just what does he think he’s doing? He should’ve responded when spoken to. How can he just put his foot up on the coffee table and pretend like someone is invisible? Especially when said person was only there to help him.

At this point, she didn’t even care that he was a tyrant or a protagonist. She hated his rudeness more than anything.

She lowered her head as if to nod and approached him cautiously, lifting her dress, and then kicked his shin with equal amounts of force and grace.

The prince’s long legs slipped off the table and crashed to the floor.

He was dumbfounded, wondering what had happened. He simply couldn’t comprehend the situation. He stared at his legs before lifting his head toward Livia, his scarlet eyes brimming with fire.

Even he, who ostensibly knew nothing about etiquette, had noticed the graceful manner in the way she had lifted her dress ever so slightly. Everything she did was beautiful and elegant—yet just as he’d been considering this, he’d found himself in his current position.

No one had ever touched him, let alone kicked him, and survived to tell the tale. Surely she must not know this. Livia appeared unwaveringly calm and graceful despite having committed an unthinkable act.

It was so unexpected that Croft forgot to express his anger. “What did you just do?”

“My job, Your Highness.”

“It is inappropriate for the future emperor to place his feet on a table in such a manner.”

“Is it appropriate to kick the future emperor, then?” he growled.

She didn’t bat an eyelash. “If you find my methods disagreeable, you may ask my father to find you another tutor. He will certainly fulfill your request.”

Getting herself replaced wasn’t why she’d kicked him, but it wasn’t a bad idea. Her lips curved into a smile. In Beloved by the Tyrant, Croft had stayed at the Blanche dukedom for a week before relocating to the Imperial Palace with his etiquette teacher. If he found another tutor, she wouldn’t have to go to the palace with him.

After I get used to this world, I’ll be able to hatch a plan. It might even be possible to escape before I get murdered. Her blue eyes sparkled with hope.

Croft was speechless, practically stupefied. Although Livia was beaming with overwhelming joy at discovering a possibility for a hopeful future, her smile conveyed something entirely different to him.

“No,” he said. “I won’t ask your father to find someone else. I want to see your teaching abilities. I look forward to our lessons.”

Her eyes shot open in bewilderment, but Croft smiled threateningly without further elaboration. As she stood in front of this prince, who was clearly plotting something against this rude woman who’d kicked him, she swore to herself that she’d do everything within her power to escape becoming this tyrant’s tutor.

Did you enjoy the first chapter? You can read the entire first volume on our web reader or at these locations.